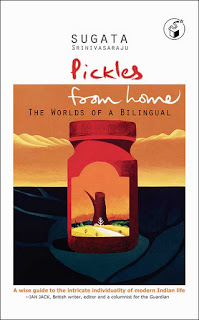 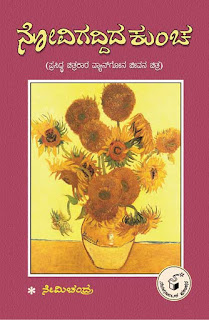 Posted by Navakarnataka at 5:12 PM No comments:

Critique of  Dharma-Karma
V. Gopalakrishna
Dr. S.L. BHYRAPPANAVARA KADAMBARIGALODANE DHARMA-KARMA JIJNASE: K.L. Gopalakrishnaiah; Navakarnataka Publications (P) Ltd, Embassy Centre, Crescent Road, Bangalore-560001. Rs. 125.
BY WINNING the Saraswathi Samman award, novelist Bhyrappa brought laurels to Kannada literature and fraternity. Admired particularly by the elitist class of readers, he has his own fans, and thanks to his popularity his novels often go into reprints or get translated.
This book seeks to critically examine how Bhyrappa treats the Hindu doctrine of Dharma-Karma and picks up five of his novels for the study. As the author says in the prelude, the doctrine has varied connotations, depending on the context in which it is used. In everyday life, it is used to mean different things. He has considered all these aspects.
If ‘Dharmashree' has religious conversion and re-conversion as its core, ‘Vamsavriksha' focusses on religious sanctity. ‘Naayi Neralu' speaks about curiosity about rebirth, while the deep-rooted caste system is the theme of ‘Daatu'. Cow worship is glorified in ‘Tabbaliyu Neenaade Magane'.
What is striking about the writings is the novelist's penchant for creating strong characters, each imbued with a clear philosophy of life and a set of values and bold enough to take decisions and, more importantly, to face the consequences of their actions. A remarkably critical study indeed.
Posted by Navakarnataka at 10:01 PM No comments: 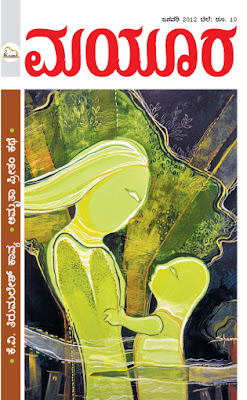 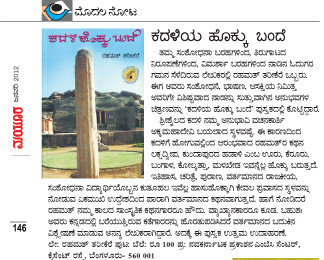 Posted by Navakarnataka at 7:18 AM No comments: